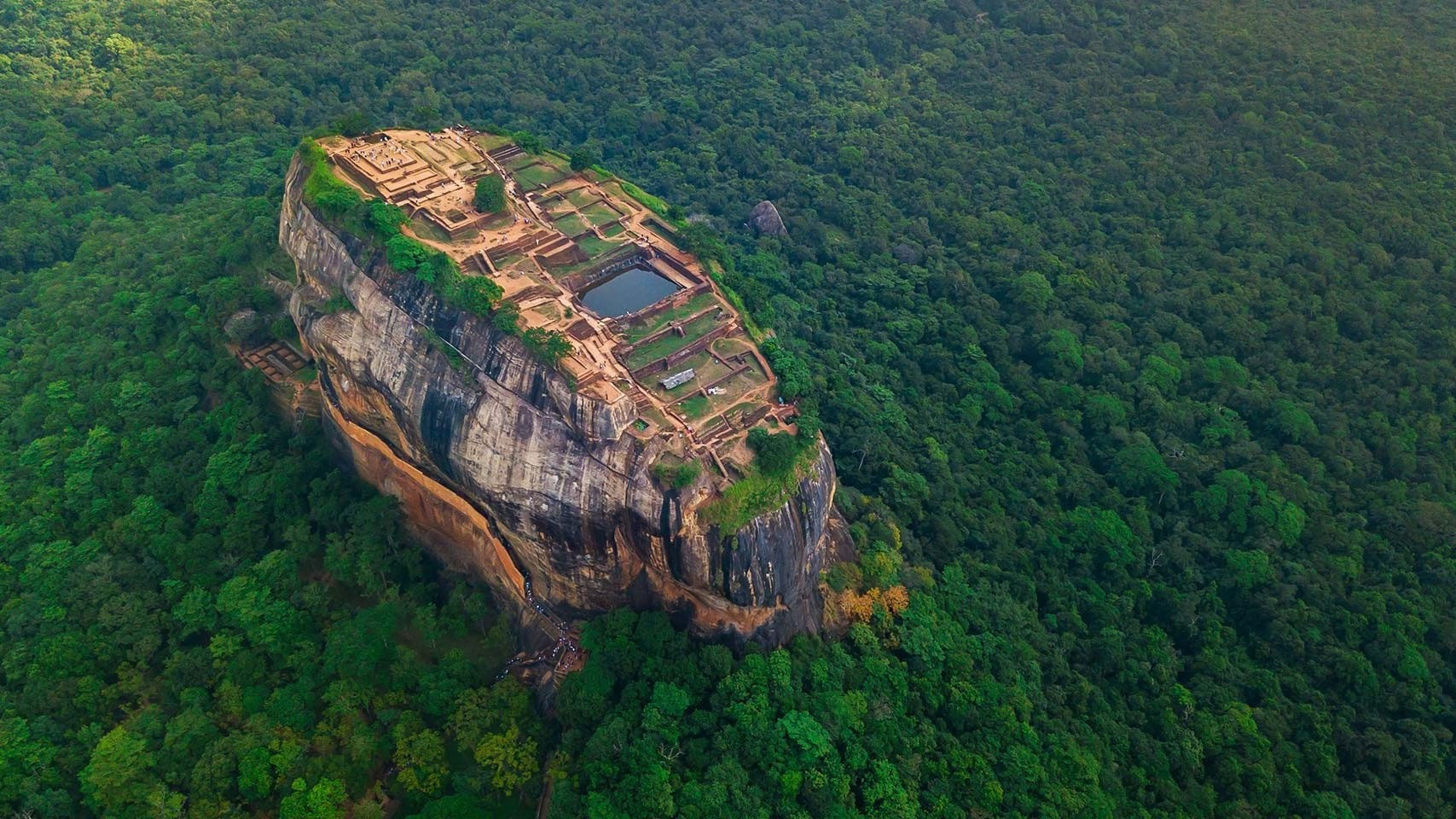 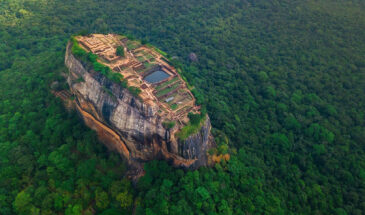 You can be obtained visa on arrival or online as well. For more information please refer www.eta.gov.lk

Meet on arrival and proceed to Pinnawala (03 hours)
Visit Elephant Orphanage
Pinnawala Elephant Orphanage is an orphanage, ((nursery and captive breeding ground for wild Asian elephants located atPinnawala village, 13 km northwest of Kegalle town in Sabaragamuwa Province of Sri Lanka. Pinnawala is notable for having the largest herd of captive elephants in the world. In 2011, there were 88 elephants, including 37 males and 51 females from 3 generations, living in Pinnawala. The orphanage was originally founded in order to afford care and protection to many of the orphaned unweaned wild elephants found wandering in and near the forests of Sri Lanka. It was established in 1975 by the ((Sri Lanka Department of Wildlife Conservation.
Lunch at Elephant Bay Hotel
Transfers from Pinnawala to Dambulla (04 hours)
Visit Dambulla Cave Temple
The Dambulla Cave Temple, also known as Jambukola Viharaya is a World Heritage Site and is the largest, preserved cave temple complex in the country. It is believed that King Valahambahu converted these caves into a temple during the 1st century BC. Although there are more than 80 documented caves in the area, the temple itself is spread over five. These caves contain statues and paintings that chronicle Lord Buddha and his life. There are 153 Lord Buddha statues, 3 statues of Sri Lankan Kings and 4 statues of Gods and goddesses found here. The latter include those of Hindu Gods Vishnu and Ganesh. The murals cover over 2,000 square meters in area. The largest image of Lord Buddha is a carving that spans over 14 meters.
Dinner and Overnight stay at 4* Hotel

Breakfast at 4* Hotel
Transfer from Habarana to Trincomalee (02 hours)
Lunch at Sri Lankan Restaurant
Visit Koneswaram Temple
Thiru Koneswaram is a wonderful temple located on a rock promontory of Trincomalee. It was built by Rishi Agastya on the instructions of Lord Shiva who was impressed by the devotion of King Ravana. This place is unique in this respect because the Lord built a temple for his devotee as a reward for his devotion. Lord Rama is believed to have offered his prayers here, too, in order to get rid of the malediction of killing Ravana who was a Brahmin, meaning Brahmahasthi Dosham. The famous temple built here during the glorious era of the Tamil Pallava and Chola and Pandya empires, was destroyed by bigoted Portuguese Christians between 1622 and 1624.
Also visit Shankari Devi Shakthi Peetam
Adjacent to Trincomalee's famous Koneswaram temple there is another shrine; it is small in size but of some significance for Hindu pilgrims. This Shankari Devi temple is a reconstruction at a new place. The original Shankari Devi temple, said to be built by Ravana, was the first in the list of Ashta Dasha (18) Shakti Pitas written down by Adi Shankara, but its whole cliff was destroyed by Portuguese cannon balls. Only a pillar for commemoration is placed on that spot now. And it is believed that the original idol of the Goddess has been preserved and replaced, being venerated now in this nearby new Shankari Devi temple.
Dinner and Overnight stay at 4* Hotel

Breakfast at 4* Hotel
Transfer from Trincomalee to Kandy (05 hours)
En route visit Herbal & Spice Gardens in Matale
Lunch at Sri Lankan Restaurant
In the evening visit Temple of Tooth Relic and other local sightseeing in Kandy
The World Heritage Site, Kandy, was the last capital of the Sri Lankan Kings, before the country was brought under British rule in 1815. Famous for its rich heritage and splendor, this magnificent city was last ruled by Sri Wickramarajasinghe. The Temple of the Tooth Relic is the most significant highlight of the city along with the Kandy lake, the town and other attractions. Visit the Kandy Town and Bazaar, the arts & crafts centre and a gem museum and a lapidary.
Dinner and Overnight stay at 4* Hotel

Breakfast at 4* Hotel
Transfer from Kandy to Nuwaraeliya (05 hours)
Visit Sri Bhaktha Hanuman Temple
According to the ancient stories, Ramboda is a area, where the forces of Rama's gather to fight against King Ravana. This temple was built by the Chinmaya mission of Sri Lanka and dedicated to Hanuman. This temple houses for 16 feel height statue of Hanuman.
Lunch at Sri Lankan Restaurant
Visit Sita Amman Temple and Ashok Vatica, Sita Eliya
The Sita Amman Temple, located halfway between the highland village Sita Eliya and the Hakgala Botanical Gardens, has become the most venerated of all Ramayana Trail sites in Sri Lanka, because it is believed to be the place where Sita lived most of the time of her captivity on the island of Lanka. After she refused to stay in Ravana's magnificent palace she was transferred to Ashok Vatika or Ashokavanam where she lived under Ashoka trees. It was here that Ravana's wife Mandodari visited her and that Hanuman met her for the first time, identifying himself with the finger ring of Rama. Sita is said to have bathed in the nearby stream. There are remarkable holes in the rocks at the river bank believed to be footprints of Lord Hamunan.
Thereafter enjoy sightseeing in Nuwaraeliya
Nuwara Eliya has earned a reputation for itself as a preferred destination in the hill country by tourists and locals alike because of its incredibly cool climate and amazing sceneries. Whilst delighting travellers with its awe-inspiring beauty, Nuwara Eliya is also home to one of the finest 18-hole golf courses in South Asia. This town plays a pivotal role in the world¿s tea industry as the produce of this region alone accounts for a substantial portion of tea exports.Dinner Overnight stay at Araliya Green Hills Hotel 4*
Dinner and Overnight stay at 4* Hotel

Breakfast at 4* Hotel
Transfer from Nuwaraeliya to Yala (06 hours)
En route visit Ravana Waterfall
Also visit Ravana Cave
These tunnels prove beyond doubt the architectural brilliance of King Ravana. These tunnels served as a quick means of transport through the hills and also as a secret passage. These tunnels networked all the important cities, airport and dairy farms. A close look at these tunnels indicates that they are where a palace and a tunnel existed. Existing tunnels mouths are situated in Ishtripura at Welimada, Ravana cave at Bandarawela, Senapitiya at Halagala, Ramboda, Labookellie, Wariyapola, Matale and Sitakotuwa Hasalaka. In addition there are many more tunnels.
Lunch at Sri Lankan Restaurant
Dinner and Overnight stay at 4* Hotel

Breakfast packet will be arranged
Engage morning game safari at Yala National Park
Yala National Park is the most visited and second largest national park in Sri Lanka. The park consists of five blocks, two of which are now open to the public, and also adjoining parks. The blocks have individual names such as, Ruhuna National Park(block 1) and Kumana National Park or 'Yala East' for the adjoining area. It is situated in the southeast region of the country, and lies in Southern Province and Uva Province. The park covers 979 square kilometres (378 sq mi) and is located about 300 kilometres (190 mi) from Colombo. Yala was designated as a wildlife sanctuary in 1900, and, along with Wilpattu was one of the first two national parks in Sri Lanka, having been designated in 1938. The park is best known for its variety of wild animals. It is important for the conservation of Sri Lankan Elephants, Sri Lankan leopards and aquatic birds
Transfer from Yala to Bentota (05 hours)
Lunch at Sri Lankan Restaurant
In the night enjoy Gala Dinner with DJ Music
Overnight stay at 4* Hotel

Breakfast at 4* Hotel
Transfer from Bentota to Balapitiya (30mns) – Enjoy River Safari
Balapitiya is the nearest town to the Maduganga River which is famous for its mangroves and endemic flora and fauna. This little town is renowned for its Ceylon Cinnamon and fishing.
Transfer from Balapitiya to Kosgoda (30mns) – Visit Turtle Hatchery
Kosgoda is a small village located in the west coast of Sri Lanka. It is most popular for its sea turtle hatcheries, operated by the Wildlife Protection Society of Sri Lanka. Here you will feast your eyes upon the amazing site of many species of turtles, especially the endangered hawksbill, laying their eggs along the beaches. The many hatcheries that are operated locally provide a safe haven for these sea turtles. You may visit these hatcheries to have a look at many huge tanks filled with new born turtles who, once grown, are released to the sea.
Transfer from Bentota to Colombo (02 hours)
Dinner at Indian Restaurant
Overnight stay at 4* Hotel

Breakfast at 4* Hotel
Do a City & Shopping tour of Colombo
Colombo is the trade capital of Sri Lanka, and is a city that has undergone rapid changes. While most old buildings have been replaced by new apartments and office buildings, some parts of the city yet retains its old charm. The 100 year old clock tower built by the British and some colonial buildings remain examples. The Independence Square, Nelum Pokuna, Pettah Bazaar and BMICH are some of the main highlights of the city. Colombo also provides ample entertainment in terms of an active night life as well as a shopping experience you'd never forget.
Lunch at Indian Restaurant
Transfer from Colombo to Airport for departure (01 hour)

There are no reviews yet.

Be the first to review “Sri Lanka” Cancel reply 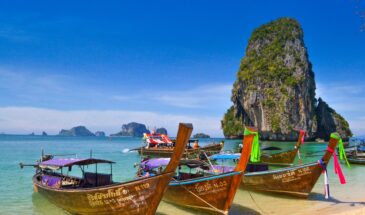 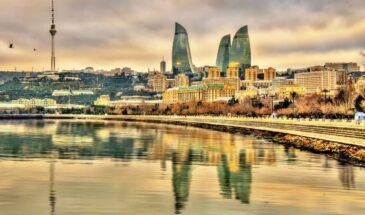 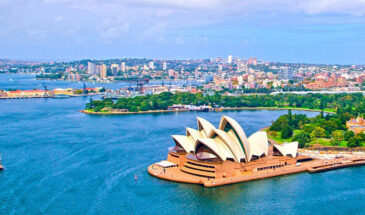